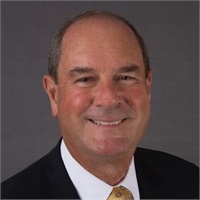 Michael joined Cowan Financial Group Incorporated in August 2002 as an Investment Professional and Investment Adviser Representative with total responsibility for building a client based business centered on both the growth and the protection of his clients' assets. His primary focus is solving client wealth management issues by developing and implementing tactical and strategic wealth management solutions.

Prior to joining Cowan Financial Group inc. Incorporated, Smithson held a similar position with Prudential Securities Incorporated, a division of Prudential Financial, Incorporated, one of the largest financial institutions in the United States with approximately $600 billion in assets under management and administration.

He has represented Cowan Financial Group, Inc. in the St. Johns County Chamber of Commerce, where he served as a member of the Board of Directors for four years; Chaired the Economic Development Council Membership Committee for 5 years; served as President of the Historic St. Augustine Area Council for three years; was past Chair of the Ambassador Committee of the Chamber; and currently Chairs the Investment Advisory Committee of the Cowan Financial Group, Inc.

He also served on the Board of Directors of the St. Johns (County) Builders Council for 4 years.

In June 2008, he was appointed to the Affordable Housing Advisory Committee by The Board of County Commissioners of St. Johns County Florida and was elected Chair by the committee members... a county statute required Michael to roll off of this Board after serving as Chair for five years.

Michael served as Treasurer of the St. Johns County - St. Augustine Sports Club from June 2010 through March 2014. This club honors the top senior male and female student athletes of each of the high schools in the county and awards a scholarship to the most deserving male athlete and the most deserving female athlete.

Michael and his wife, Ellen, were married in August 1966 and are the proud parents of two grown children, Karen and Michael Jr., and four grandchildren.